Watch the subtitled video above if you prefer to listen to my advice.

What is up, kings? Today we’re gonna talk about “she needs space.” So it’s really important when a woman says she needs space, especially if it’s a girlfriend, you have to be real with yourself what it means when she says she needs space, but we’re gonna get back together later on. Really, it means “No, I don’t really think that we’re gonna get back together right now and it probably won’t happen in the future as well, and just let me move on with my life.” So I have a message here from a guy. He kind of realizes that his ex is kind of telling him bullshit but he doesn’t want to accept the truth that right now she doesn’t want to be with him, and he’s trying to figure out “Can I rekindle somehow right now?” So let’s get right into his message.

He says: “Hi coach, I feel as if my ex-girlfriend is leading me on, or at least she’s not really being fair to me, but I’m not entirely sure. I hope you can give me clarity. My girlfriend who is 21, broke up with me saying she needs space, but then she also told me that we have a future. On one side this gives me hope, on the other side this doesn’t make any sense.”

You’re right, it doesn’t make any sense. So she’s 21 years old, you must be roughly the same age, so she’s realizing “I want to try other things. I want to date other people.” And she’s trying to figure out well, is the grass greener on the other side? So for some reason, she’s not satisfied with you, or she’s not happy. Either you are fighting, or she’s bored, or she thinks it’s not too exciting. Maybe you’re being too nice to her, not challenging her. Maybe she wants someone who’s more of an alpha male. There’s all kinds of reasons but the bottom line is when she says “she needs some space, but we’re gonna get back together in the future” she’s really saying “maybe we’re gonna get back in the future but I don’t really want to get back. I’m just keeping my options open for the possibility that I realized I made a mistake.”

So he then says: “We’d been together for just coming up to two years and had booked a trip away for our two years celebrations. She told me she needs space and that I hadn’t done anything wrong. She just needs time to focus on herself, etc.. For your info: We haven’t really been fighting a lot. I don’t think our relationship is very strained, except for the occasional moments when we both have a bit too much distance between us, which may be related to her schoolwork.”

Well, she’s a little bit bullshitting you. She says she needs to focus on herself, and you haven’t done anything wrong… Well, the reality is: If you hadn’t done anything wrong, if everything would be fine then she wouldn’t need space. So there is something that she’s not happy with. Obviously, there can be reasons why she’s not happy with herself and sure schoolwork can get into it as well. Maybe she’s busy with life but the bottom line is when you are busy with life and life isn’t going so great, what you actually want to do is you want to be able to rely on your partner. That’s the whole point of relationships. So typically, when you feel down, you’re feeling overwhelmed, your partner should be the person that you would come to. So the fact that she says “she needs to focus on herself” blah blah blah that’s bullshit. It’s not so much about her having problems and needing space. There is something about the relationship that is not making her happy. That’s just the truth.

He then says: “On the same day of breaking up she asked to meet up and she said she just did it as a wake-up call for both of us. She said we will be back together and things will be okay. The next day she says that actually, she isn’t sure if we will get back together or not and she doesn’t know if we will go on the expensive trip away, which is non-refundable.”

So typically what happens is you can see this in this scenario very well. “I need space“, “Let’s just take a break“, “I need time for myself to focus on myself” and then she says “I need space or we will get back together, and then the next day she says no I changed my mind maybe we won’t get back together“… What does it show you? It shows you that she doesn’t want to hurt your feelings. She’s trying to find the most polite safest way to break up because she just doesn’t want to hurt your feelings. She cares about you but she doesn’t care enough about you to be with you.

So he then says: “I tried talking to her a few times since then. Not too pushy though, just reaching out to see how she’s doing, but she had told me that she still needs space away from me.”

Well, if she says she needs space then the worst thing that you can do is to message her, especially very shortly after the breakup. I get it. You have this anniversary coming up and the non-refundable trip, but the bottom line is if she tells you she needs space, you need to give her the space, so that she can miss you. If she doesn’t get to miss, you then she can always have the benefits of being with you without actually being with you. So maybe she is focusing on herself, or maybe she’s dating someone else, but at the same time she gets the emotional support that she’s always gotten from you. You need to withdraw that emotional support because otherwise, she can have all the great things without having to commit to you. She needs to feel that there is a bit of consequence by breaking up because only once she misses you and realizes “I made a mistake is she going to come back to you.”

So he then wraps it up by saying: “She clearly lost interest in me and so I have since done no contact and will continue to but what do I do here? Do I ask her to go on the trip away with me? Is there any way of winning her back?”

Yes, there’s a way of winning her back by not pushing her. So about your trip: Since it is non-refundable, honestly, I know that seems maybe awkward but I would just go on the trip anyway. Whether she goes on that trip or not. So I don’t know if you have to go on the same plane. The bottom line is you can avoid each other on that trip, and if you are very stoic and not too invested in her and you go on that trip, maybe she goes on the trip as well. She might actually be quite confused what’s going on because she broke up with you. she says she needs space, you don’t want it. You show that you need her, but then all of a sudden you stop, you go no contact, then even when you go on the same trip essentially to the same location, at the same vacation, you still then don’t react to her. You’re not really impacted by the fact that she broke up with you.

She’ll be wondering “Wait, what’s going on? This is something that I didn’t expect! All of a sudden he seems to be okay with the breakup.” and then imagine if you both go on that trip. I don’t know where you’re going. If you’re maybe in the US and let’s say you go down to Mexico, or whatever, maybe there’s a lot of parties there and she might wonder “Oh shit is he going to meet someone else? Is he going to flirt with someone else? It seems like he’s getting over the breakup quite easily. I didn’t expect that!” And she needs to feel that she is going to lose out on you. So can you win her back and what should you do? You should keep doing no contact. Continue going on your trip, if you are okay with it, if it’s not emotionally draining for you. I would not skip this trip because you paid for it and ultimately you have to make yourself happy.

It’s always about unleashing the king within. I get that this woman is important to you but at the end of the day, you always have to please yourself before you please other women. So you have to be real with yourself and you have to say “Okay, if she doesn’t want to be with me, if she needs space, I’m going to ignore that. I don’t care. She can come back to me and message me again and tell me ‘Hey I miss you!’…” She can tell you “Hey I want to hang out. Hey, let’s talk.” and so on, so forth. “Actually I’m not that busy with school anymore.” … Whatever excuse she needs to reach out to you. And that is the only thing that a king would accept from a woman who broke up with him. So that is all that you should do. That was a pretty short video. Let me know in the comments what you think about this. Give me a thumbs up, subscribe, of course, and never forget to unleash the king within. 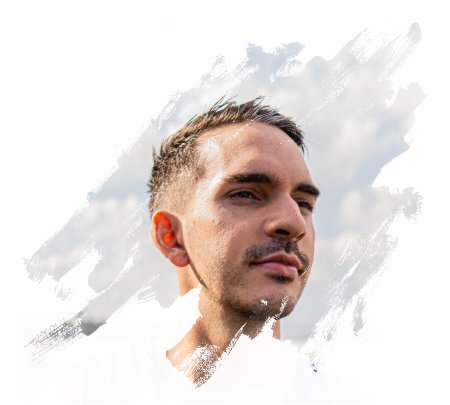 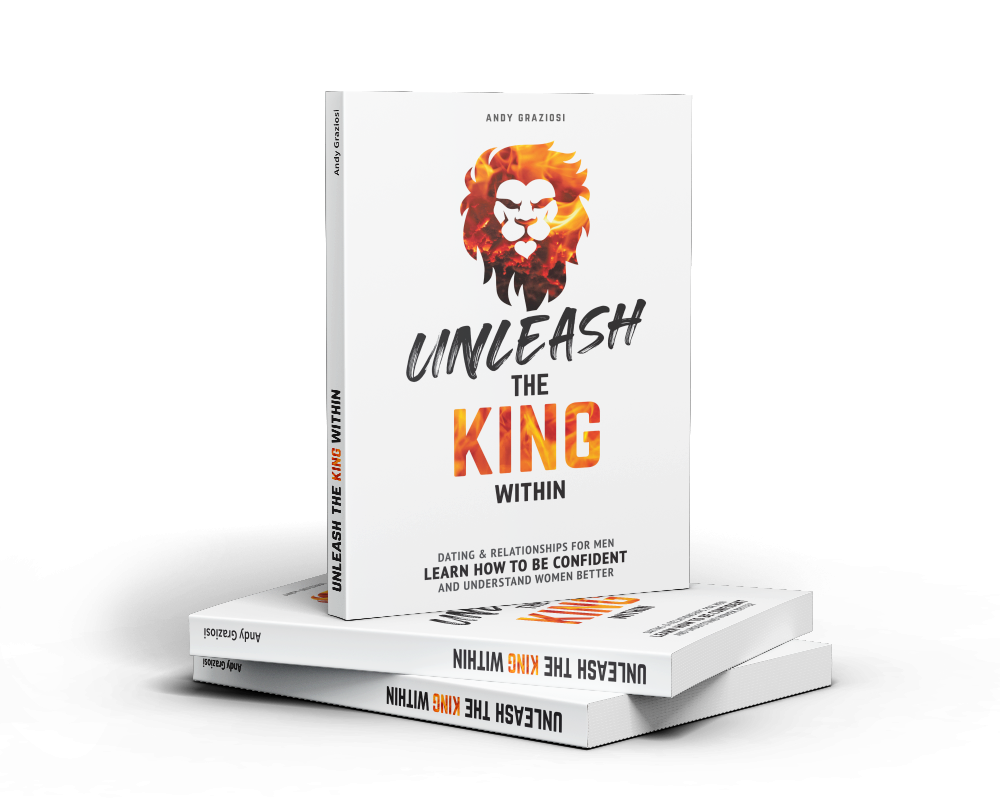 Unleash The King Within Dating-Buch 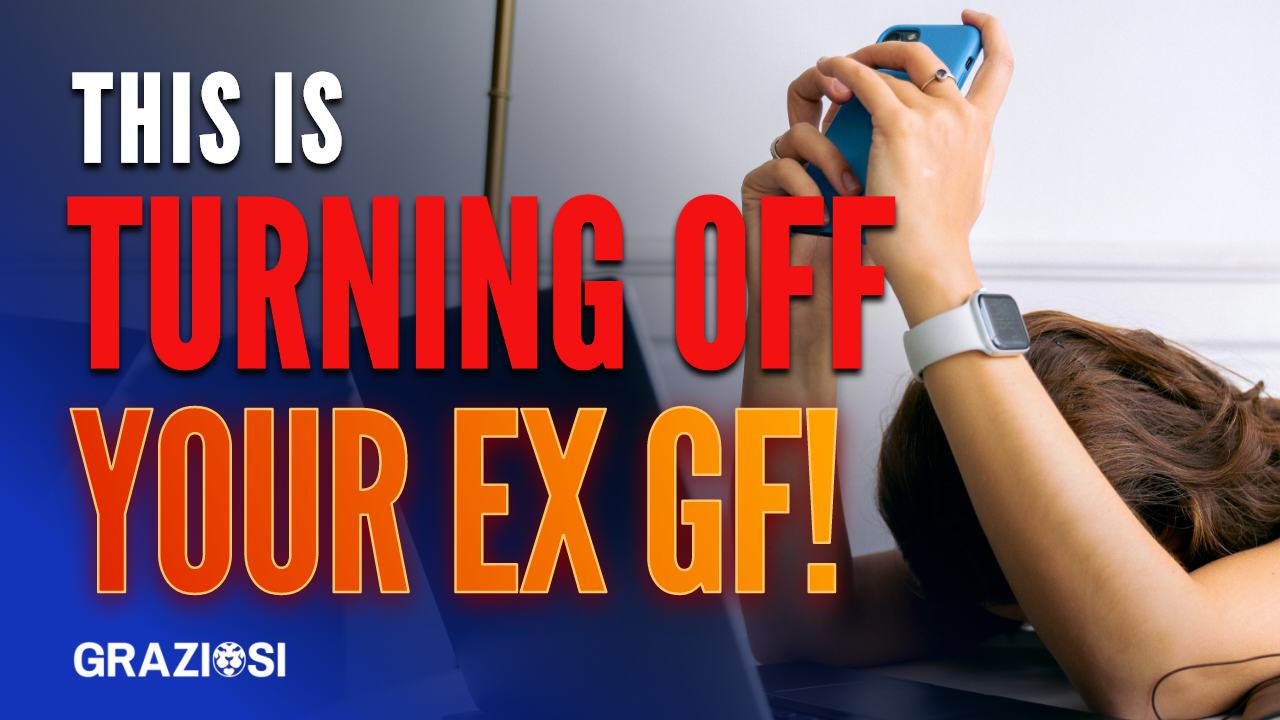 What not to say to your ex? Don’t be fake alpha! Things to never say to an ex girlfriend!

Today’s video is about confidence in the context of getting an ex back. So today we’re going to talk about what to say to an ex or what not to say. And I think there’s a big issue that a lot of people make when they break up with an ex. They become very anxious… 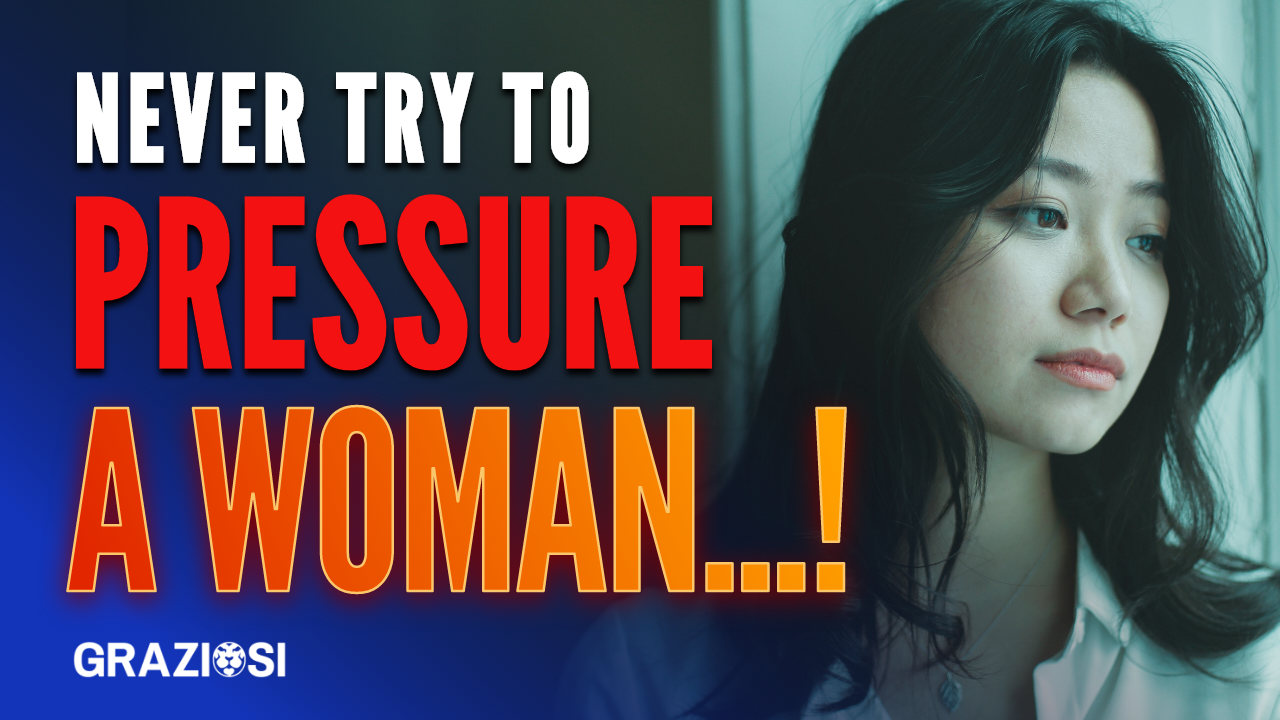 Why you shouldn’t chase a woman! Huge attraction killers for a woman!

A big mistake that a lot of men make with women… Whether it’s with an ex or a new woman that you’ve been dating… Is over-pursuit! Chasing a woman too much never works. And why does that not work? Well, the reason why that doesn’t work is because of the phrase that I say all the time… 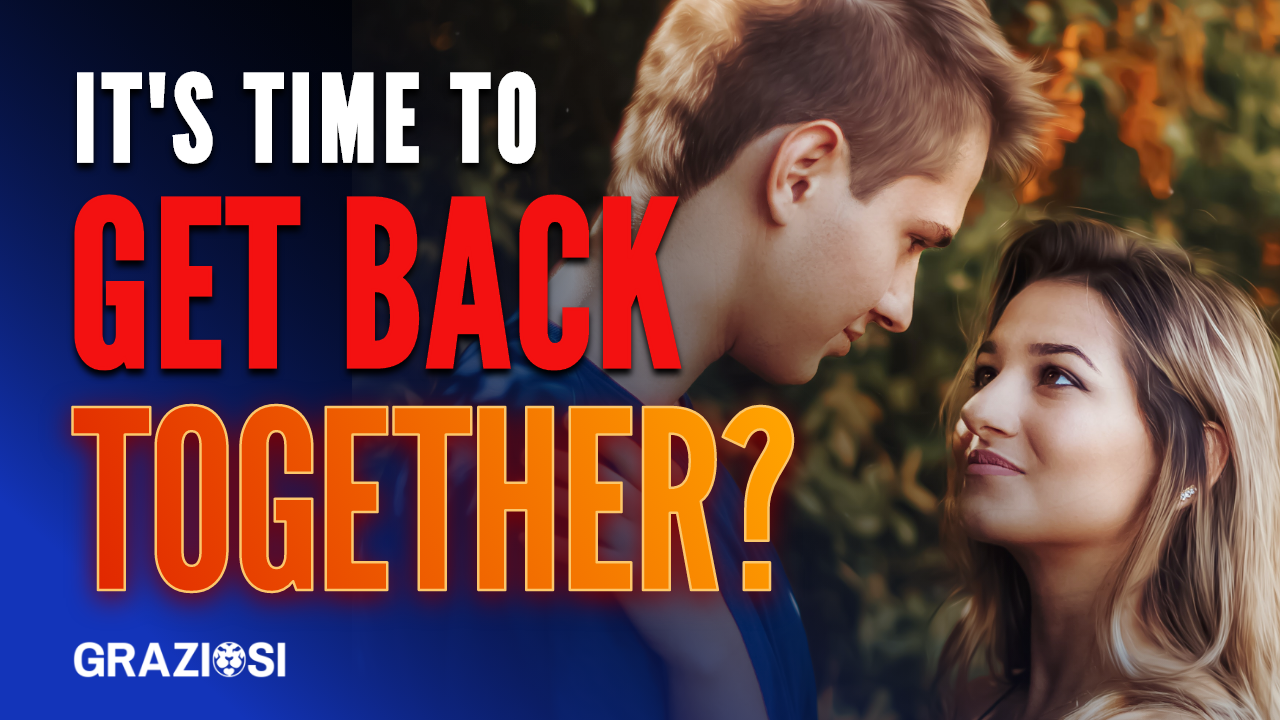 Are you always drawn to the same type of woman who’s abusive, jealous, insecure, a stonewaller, and so on? Do women not appreciate you enough? You may think you’re doomed to repeat the same unhappy relationships but realizing that you are in a repetitive pattern is the key to breaking free and embracing better relationships…